We are reader-supported. If you buy through links on our site, we may earn a small commission. Learn more.

And in this blog post we are going to dissect what we know so far about ClickFunnels 2.0 (and keep checking back as we'll be updating this as new info comes in).

So what is ClickFunnels 2.0 and what does it mean for the future of the world's biggest sales funnel software?

Let's review what we know so far about ClickFunnels 2.0...

Table of Contents
What Is ClickFunnels 2.0?
ClickFunnels 2.0 Review - What We Know So Far (2021 Funnel Hacking Live Announcement).
Membership Zones Are Getting An Overhaul
SEO & Blogging Capabilities
Complete Platform Overhaul (New Code Base?)
CRM Funnels (HighLevel-Like Agency Platform?)
More From The Rumor Mill
Conclusion - An Evolving Situation (We'll believe It When We See It)
Our Exclusive Clickfunnels Bonuses Worth $11,795

So far what we know about ClickFunnels 2.0 is that it will be a new revamped version of the much-loved funnel building software, ClickFunnels.

According to the announcements and the rumors going around on Facebook, ClickFunnels 2.0 (coming out March, 2022) will be a complete platform rebuild from the ground up in an attempt to compete with other "all-in-one" marketing platforms (Think: GrooveFunnels, Kartra, HighLevel, etc.).

According to some YouTube videos already popping up, what we're talking about so far is total overhaul of the code base, making ClickFunnels 2.0 fast, lean, and able to compete with the rapidly exploding category of solo-preneur marketing software.

We've heard announcements like this before from Russell Brunson and team, of course. Just last year at FHL 2020 for example the big announcement was that ClickFunnels was no longer going to try and be an all-in-one software and was going to double-down on improving their core product (sales funnels).

So let's review the rumors about ClickFunnels 2.0 below and how it's different from regular ol' ClickFunnels 1.0... keep in mind, what we are hearing is evolving, so check back to this page regularly for updates.

Membership Zones Are Getting An Overhaul

One of the big rumors flying around is that ClickFunnels membership zones will be rebuilt for an improved user (and customer) experience.

This alone has been one of my huge complaints with the software from the beginning.

Frankly, their membership builder sucked and using it was a nightmare... it was a constant struggle figuring out how to customize it for my needs.

Verdict: If this is the only thing they truly nail in the rebuild, it's going to be a win.

I've seen this rumor flying around on Facebook today and I'm skeptical to say the least.

For one thing, I don't think there's anything they can possibly do to make ClickFunnels compete in the SEO realm, there's just no chance serious SEOs will consider building on ClickFunnels (no matter what they refactor in the code).

On the other hand, for users that are less concerned with SEO, blogging functionality will be a win, giving extended content-creation capabilities.

Verdict: Meh. Serious SEOs won't care, but it will be a win for less techy biz owners.

We're hearing rumors that the entire ClickFunnels platform has been rebuilt, and I'm assuming that means they've overhauled the codebase as well?

Take that with a grain of salt, however, as we can't confirm nor deny this rumor.

I will say that if that's true it will also be a gamechanger... the ClickFunnels code has been buggy, slow, and downright a pain to work with for years.

I've seen a couple posts now showing a (grainy) image depicting something called "CRM Funnels", and from the photo (a kanban like view of a CRM), it looks like ClickFunnels is copying HighLevel's CRM interface for managing contacts and prospects.

If true, it could be a direct shot across the bow at HighLevel (a funnel-building tool that focuses more on B2B companies and agencies).

More From The Rumor Mill

Here's a collection of rumors I've been seeing flying around.

Be careful with these, none of these have been vetted, confirmed, nor denied and as far as we know these are not official announcements:

Rumor #2 - ClickFunnels 2.0 will wipe out all affiliate sales and affiliate referrals from 1.0 (Fail if true!)

Rumor #3 - There will be a drag-and-drop funnel building "canvas", similar to Funnelytics (Win if true!)

More to be added soon.

Conclusion - An Evolving Situation (We'll believe It When We See It)

For now, we're reserving judgement on the newly announced ClickFunnels 2.0.

We've seen announcements from FHL go forgotten and swept under the rug before, so at this time we'll be waiting (somewhat hopefully) for 2.0 to drop.

If ClickFunnels 2.0 is something you're interested in, I suggest getting started with CF now (use this link) in case they hike the price.

Our Exclusive Clickfunnels Bonuses Worth $11,795

When you sign up with Clickfunnels via our affiliate link you get a 2 week risk-free trial plus all of our bonuses below. You can easily setup opt-in funnels, lead magnets, webinar funnels, sales pages and more within minutes.

Disclosure: I am an independent ClickFunnels Affiliate, not an employee. I receive referral payments from ClickFunnels. The opinions expressed here are my own and are not official statements of ClickFunnels or its parent company, Etison LLC. To receive your bonuses email me via my contact page and tell me which email you used to sign up for ClickFunnels. 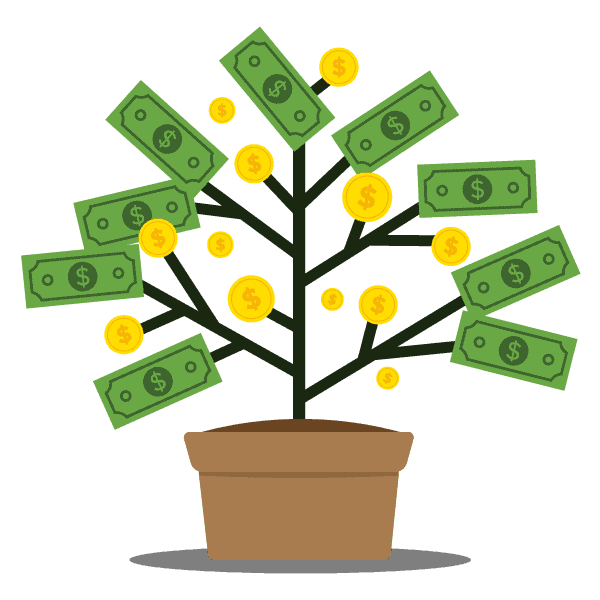 Adam Enfroy knows a thing or two about blogging... in fact, he's been able to grow his blog to 6 figures per month...

And he's broken his exact process down in his new course, Blog Growth Engine.

In BGE you'll learn everything you need to know to grow a blog like a CEO, including Adam's content frameworks, SEO strategies, and more! Read our BGE review.

Adam Enfroy Courses (Are They Legit?)

How To Buy Silver Bars (Without Getting Scammed)